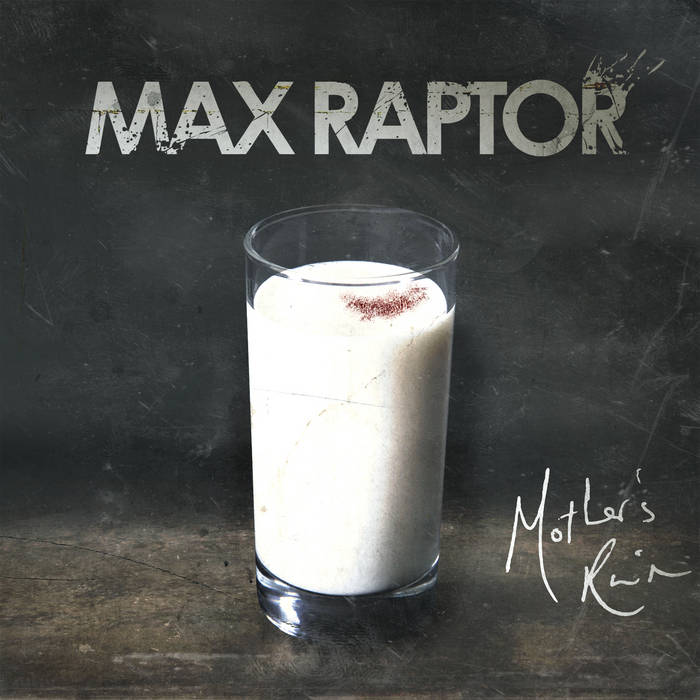 Flogging Murphy There's not a single bad song on this album, even the slow song (Heavy Hearts) is absolutely amazing! Favorite track: Taming Of The Shrewd.

Following the release of 2011's critically acclaimed mini-album ‘Portraits', Max Raptor are all set to unleash a brand new set of socially aware, visceral modern punk rock in the form of their debut full length record. Having been out on the road since completing the recording sessions, Max Raptor have emerged as one of the most unique rock bands in the UK and have rapidly evolved into a vital, incendiary band who have been tearing up stages all summer, gaining the admiration of hoards of new fans along with many of the seasoned bands who they've shared the bill with.
The first track from the album ‘Mothers Ruin', was released in early summer and garnered the band some well deserved praise from national radio with Radio 1's Zane Lowe making the track his ‘Next Hype' following that up swiftly with the exclusive first play of the follow up track. That single, ‘England Breathes' comes straight out of the blocks with a rush of adrenaline and continues to take the bands bone shaking, anthemic musical assault to even loftier levels. With its speeding, heavy riffs and fists-in-the-air gang vocal, ‘England Breathes' is a soaring piece of rhetoric which could catapult Max Raptor into the major league. ‘Mother's Ruin' was produced by Dan Weller, who's recent credits include quality recordings by Gallows, Enter Shikari, Young Guns and Kids In Glass Houses, and was recorded at Lincolnshire's Chapel Studios.
With two new members since the release of ‘Portraits', Max Raptor are a band hitting a rich vein of thought provoking, intelligently powerful songwriting, with themes ranging from the power of the press, to class wars and the Arab spring. Meanwhile, the agitated ‘England Breathes' tackles immigration, noting that a country that is literally shaped like a lung has always operated based on a stream of people coming and going in both directions. Wil Ray explains, "People are still going on about the past and how it used to be, complaining, and all these clichés like ‘our jobs have been taken' and all that rubbish. But the song is about that's the way it's supposed to be in England, that's just how it is. ‘Get over it, England breathes as it does', it's a lung with people moving in and out."
Meanwhile, the acoustic slowie ‘Heavy Hearts' is a moment of more personal reflection looking back at mistakes in the life of an individual, while the incendiary ‘Must Work Harder' even dares to try and look into the shocking practise on honour killing. "We've never been ashamed as a band to write songs about things that people would normally shy away from," says Matt. "It's there and it happens so much like again, we never want to write a song about how hard it is being on tour. What don't people have choices about? What do they get forced into?"
A running theme, then, is the things that go on behind closed doors. "Wherever you're from there's always something going on, a family secret or stuff going on that only the family knows about. It's always the case, there's always something and class or colour doesn't come into it.
"The fact it's called Mother's Ruin, the ten tracks are like the ten mistakes, the ten headlines as to why this mother is ruined completely. Going back to that maternal instinct and thinking what the mother would think about what has happened. There are loads of different characters in each of the songs, but it sort of ties together with this idea of a mother, looking down on it all."
If the record shines a light on some of the difficult realities of life in small-town Britain, then it doesn't claim straightaway to provide answers. "I think solving these problems is almost an impossible task, because of the competitive nature of people that causes it, and then the ingrained nature of the class system in this country that causes it," says Wil. "If I were in charge... you just have to be as fair as possible to your fellow man or woman, because that's the only way you can look in the mirror."
Are the band then, offering, ‘The Bill And Ted Solution', being simply: be excellent to each other'? "That's the most simple of things," he nods, "and everyone overlooks that, everyone looks to the past for answers, or looks to forthcoming bad stuff that could be about to happen. And governments don't want to answer for anything."
Max Raptor spread this message, and interrogate the politics of small-town life through a frenetic blend of melodic punk and high-density rock. While their early musical lives came from the sharper end of nu-metal, like System Of A Down, they carved out their space in the world with cues from the singalong might of Billy Talent, and as they matured, a respect and understanding of more classic songwriting traditions. Having served their apprenticeship on the road, and through the lessons of ‘Portraits', the new record, recorded with producer Dan Weller at Chapel Studios, a converted Methodist Church in Lincolnshire, sees them arrive at their ideal sound.
A heroic modern British rock album, with the grit and soul of Queens Of The Stone Age, the athletics of modern punk, and the angular shapes of British new wave, they emerge as one of the most unique rock bands in the UK. In the end, Mother will probably be impressed.

There is nothing remotely Jurassic about this Midland conceived 4 piece whose forthright narrative and devastating live set is spearheading a hungry horde of New Wave British Alt-Rock bands.

Bandcamp Daily  your guide to the world of Bandcamp

YUNGMORPHEUS introduces his latest project, plus jams from Michael Sneed and Navy Blue